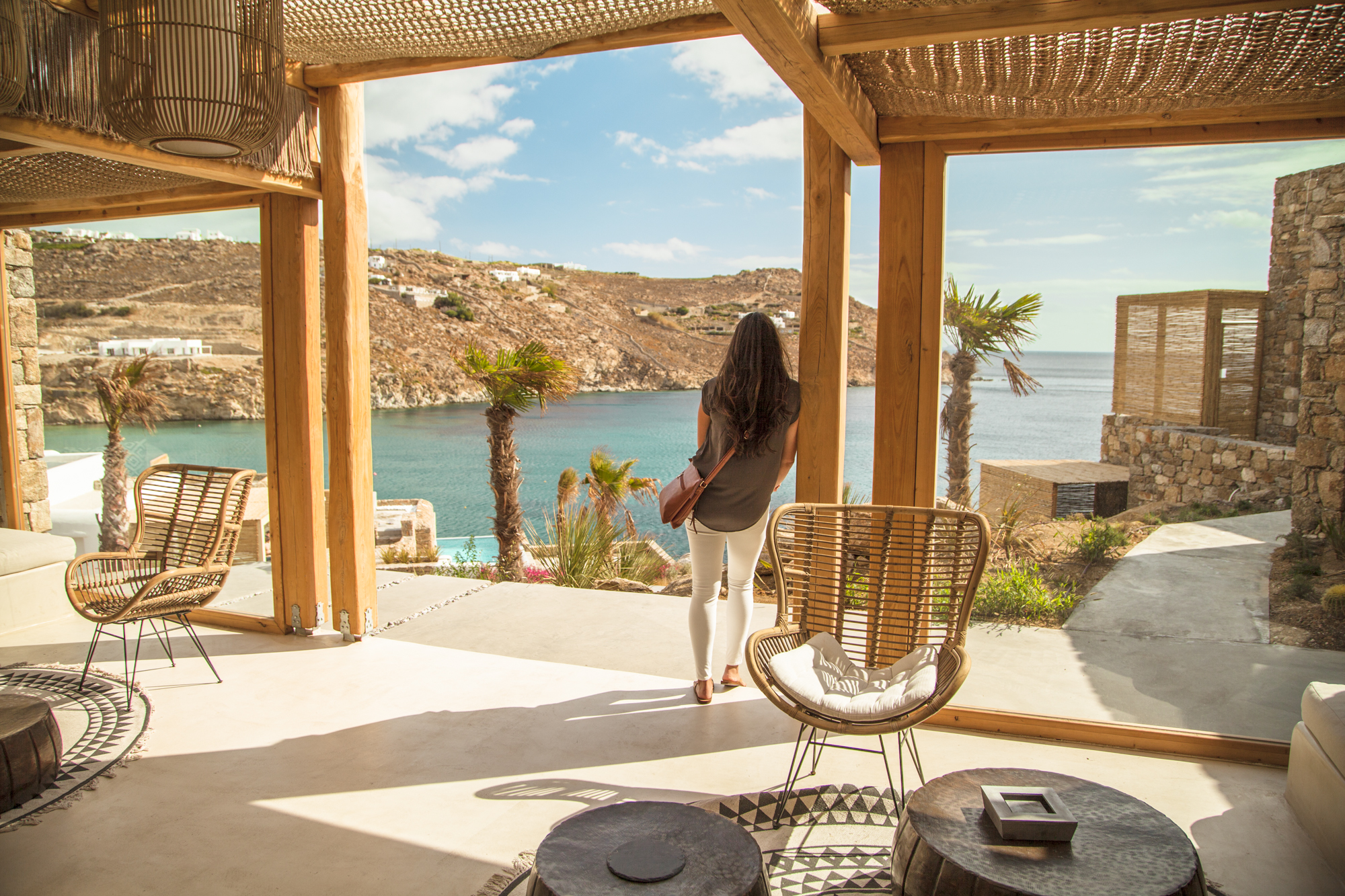 WHAT TO KNOW WHEN TRAVELING TO MYKONOS

Mykonos is considered one of the more expensive, and in the on-season months a party island. So had it not been early October when my Husband and I went, I probably would have skipped it. But I’m so glad we didn’t because we got to see it when it was calm and less crowded and became one of my favorites places I’ve visited thus far! 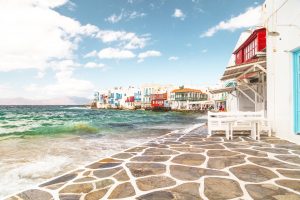 Chora (pronounced Hora) is the main town in Mykonos right next to little Venice, shown above. This town is super cute and really fun to walk between all of the whitewashed stone buildings. This is where you’ll want to go to have a nice meal, walk around the local shops, and mingle with other tourists and locals. There are two main parking structures on either side of the city and are both free.

The two ways to get here are by flying from Athens or taking the water taxi from another island, such as Santorini. We flew in from Athens, (about a 30 minute flight) and then took a water taxi to Santorini afterwards. 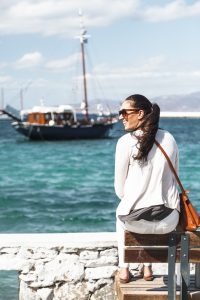 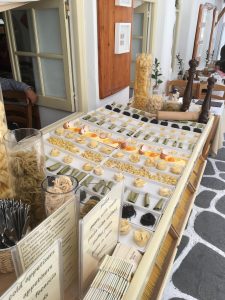 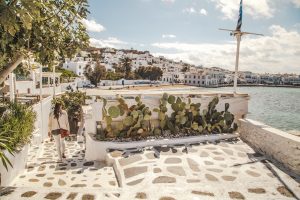 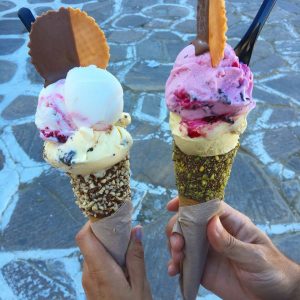 While some travelers will stay at the hotels right in Chora, I would highly suggest if you’re a beach person like me, and want to spend more time by the water than the tourist attractions, to stay by one of the many stunning beaches only 15 minutes away from the town center.

Renting a car is very inexpensive, about $35 a day for an automatic (do not get a stick shift with all of the bumpy roads!!) and that’s about the cost of just one taxi ride to Chora or to one of the local beaches .  There is easy and free parking everywhere in Mykonos so it will actually save you so much money and make it so you can go as you please. 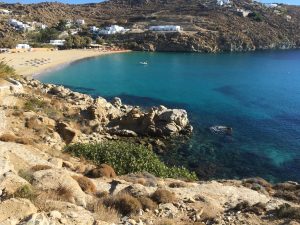 We stayed in a hotel called MyAtkis, that was a minute walk down to Super Paradise Beach. I would highly advise checking out this hotel and beach. You can see in the image below, how gorgeous it is to wake up to this view! Each room has it’s own hot tub, or if you get one of the bigger suites, you have access to a shared pool. 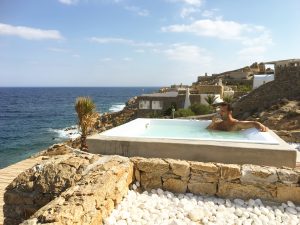 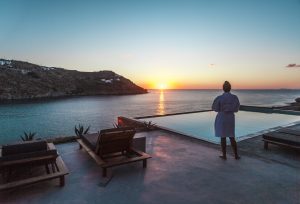 Coming from the United States where tipping is expected, I was unsure what was customary in Europe. I didn’t want to offend anyone, but I also know that many restaurants charge a bit more for the food to pay their staff properly, and since I’m not made of money, didn’t want to overpay either. While giving the standard 15-20% as in the U.S. is not necessary, it’s always nice to show your appreciation with at least 5-10% in Greece (and other European countries.) The staff and taxi drivers that we would give a few dollars to, were so excited and genuinely grateful, which always makes you feel really great. 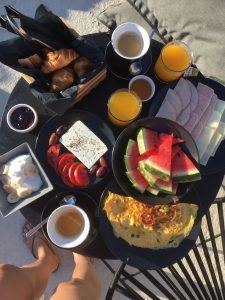 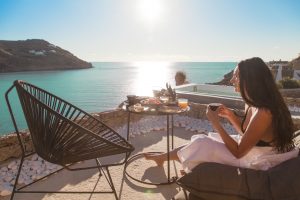 In the image above, is the complimentary… yes, I said complimentary breakfast at our hotel.  We never felt the need to go out for breakfast because they were so delicious, plus we could spend a little more on our other meals.  I’m not sure why, but the tomatoes there were sooo much more tasty and flavorful than the tomatoes in the U.S.. I woke up every morning and looked over this gorgeous view while eating this stunning breakfast with my husband. You haven’t lived until you’ve had an experience like this, at least once in your life!

Leave me a comment or question down below. Would love to hear about other people’s experiences while traveling to Mykonos.